I was invited to speak at the “Positive Body Image” awards by the Australian government, and I met with quite a diverse group of people, activist groups focusing on youth development, the Australian minister of Education, and editors of some of the most influential magazines in Australia. As you would have guessed, one of the discussion points of the event was “retouching”.

This is a hard and emotionally discussed topic, and the opinions couldn’t be more polarised. So this article might end up being a bit longer than usual, however, please bear with me, I believe I do have a point. 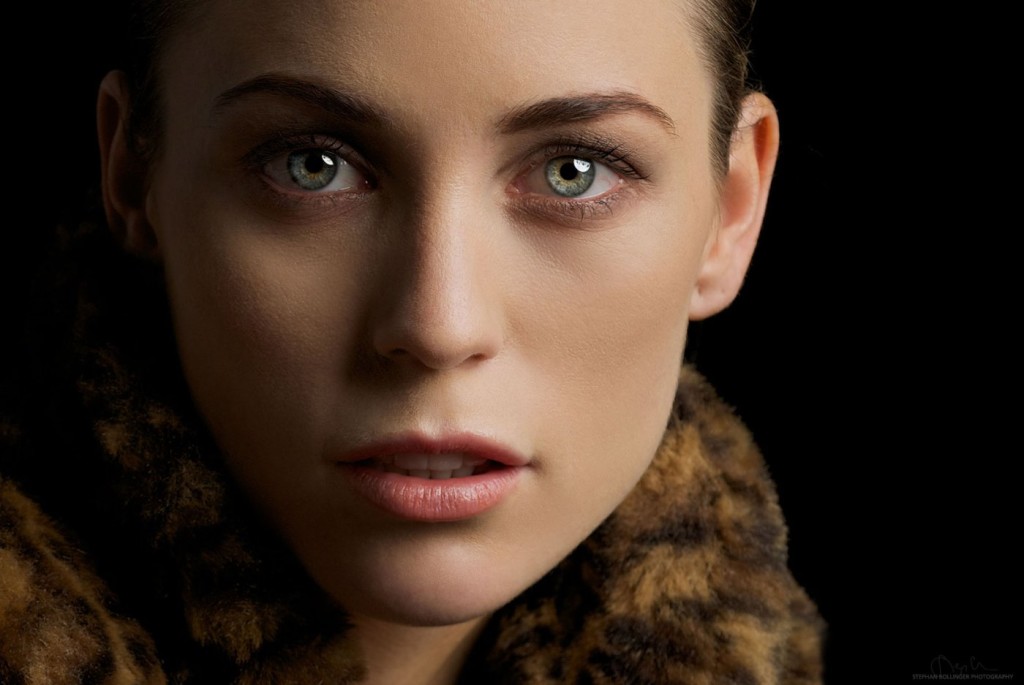 WHAT ARE THE ARGUMENTS, AND CAN WE FIND “A FINAL ANSWER”?

We most likely agree on images for news and current affairs. Such images should reflect reality, right? What about an image that was shot in a rather difficult lighting situation, and is pushed in photoshop, so we can see “reality” a bit better? Would we call this “retouched”? For some reason, this term has (falsely) become a synonym for “fake”. What about the clever use of photo equipment instead, doesn’t the use of a larger lens compress reality, and a wide angle lens suggest much more space than the scene really offered? If the distortion of reality is done “in camera”, it seems to be accepted, simply because most people don’t understand it.

Photography purists claim that every photograph has to be final “out of camera”. As a photographer, I would agree that you should do your best to get the shot in camera, this however is sometimes just not possible. Should I spend 2 hours to eliminate a distracting reflection of a flash on a window, if the fix takes 10 seconds in photoshop? As a technical exercise, you might move your lights around until you get it “perfect” on set, but in reality, I often have only a limited time with my subjects, and I have to compromise. I also don’t believe that a photographs journey ends the moment I press the shutter. This has nothing to do with photoshop, we manipulated images long before (in the dark room), from a certain film stock to different ways to develop and process our images, dodging and burning, altering the outcome “after the fact” is nothing new. Somehow, this was “ok”, because (once again) most people were not aware of it. People forget (or don’t understand) how much of Ansel Adams’s work happened in the darkroom, or how much of Helmut Newton’s magic was produced in “post”.

And since I mentioned Adams (and his zone system/darkroom work), we might as well include the heated discussion about HDR. While HDR is nothing more than a means to overcome the technical limitations of today cameras (capturing a wider tonal range), the tone-mapping of such images produces a rather wide range of results, which leads to quite a vocal amount of lovers and haters. Finally, let’s not forget those digital artists who simply see photographs as one of many element for their final masterpiece.

Most opinions are valid, simply because they are as personal as our individual taste. When we enter the realm of people photography however, we face quite a different side to consider: The emotional impact of photo manipulation; The retouching of models and celebrities for advertising and magazines, the plastic skin, the stretching and deformation of bodies. This creation of a false reality has a much more significant impact.

When we retouch photographs of people, we have to ask ourselves: What do I want to achieve with my work, who is my audience, and what are my moral obligations. Everyone has to answer these questions to themselves, I just encourage you to think about it. Your answers will be coloured by your personal surroundings, the culture and country you live in, the places where your work is shown, and (of course) the type of photographs you take.

In the commercial world, a big part of these answers is dictated by the people who hold the check-book. With it, we enter the world of publishing, magazines and the advertising industry, who still have a huge impact on how “Beauty” in general is perceived. It would be arrogant and wrong to say that every little girl “knows” about retouching these days. False or negative body image is a proven and serious issue, especially with teenagers and young women, and we photographers, who work in this industry, are at least partially responsible for it. So is the answer “less retouching”? In many cases, the answer is indeed “yes”. Readers vote with their wallet, and since publishing is a business, magazines do whatever keeps their readers happy (and paying).

To give you a few real world examples: “Dolly”, Australia’s leading magazine for teen girls has announced a strict retouch-free policy, and every image they have production control over will be free from digital manipulation. The publishers of “Girlfriend” magazine are implementing a slightly softer approach, their “no retouching” policy states that a person’s body shape, size, hair colour or permanent marks (such as scars and freckles) are not to be removed. On the advertising front, the English Advertising Standards Authority banned L’Oreal’s magazine ad featuring actress Rachel Weisz, ruling the image is ‘misleadingly exaggerated’ the performance of the product. The Olay “Twiggy” ads as well as a L’Oreal ad featuring Julia Roberts were also banned due to “over-done airbrushing”.

At the end of the day, I can only speak for myself. Aside from news images, false advertising or the fake representation of people in mainstream publications, I don’t see any reason why photographers shouldn’t retouch their images to whatever extend they like. Photographers are visual artists, let their individual vision be the limit.

For me as Beauty & Fashion photographer, photoshop will remain an important part of my workflow. I like my images to shine, and my subjects to look “as good” as possible. At the same time, I reject to produce plastic skin or fake body shapes, I believe in moderation. Every day, I walk a thin line between my very own visual expectations, the commercial reality, my clients demands, and my personal moral believes.